Lou comes from Brittany, the Celtic part of France. He started his world exploration at age 17. Three years later, he began leather crafting in Paris, designing high fashion belts. He traveled to Mexico, where he learned the Huarache Indian braiding techniques. He adapted these designs into new forms in Ibiza, Spain, where for 8 years he immersed in an innovative climate of leather crafting in the Spanish tradition.

His next home was the town of Chefchouene on the edge of the Rif mountains in Morocco. Here he collected and preserved the ancient techniques of Arabic shoe making, just as they were being destroyed by cheap industrial footwear. For 13 years he designed boots, sandals, bags, and belts. His workshop grew to include 35 hand-tooling leather workers, and over 100 apprentices. His designs were seen in shops around the world.

After Morocco, he spent 6 years in New Zealand making custom boots using new techniques. In 2000, he moved to Bali, where he added the carving and jewelry dimension into his leathercraft. 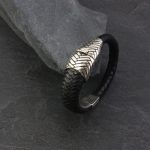 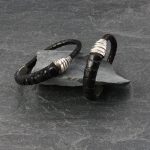 Please choose from the options below:
$165.00 Select options 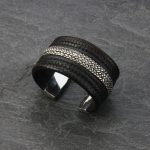 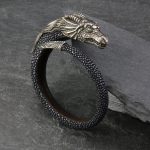 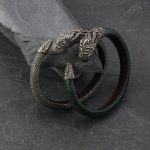 Please choose your color preference:
$225.00 Select options
Out of stock 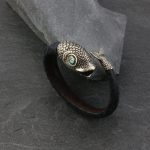 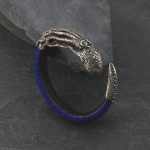 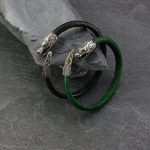 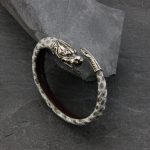 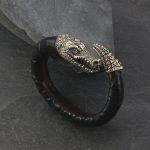 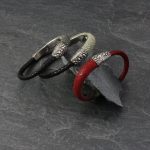